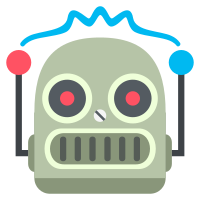 curses is a python wrapper around the [n|p]curses library, a GUI for linux. I love that library.

When I started college, the programming languages I was taught were C/C++, Cobol and Java. Java had the reputation to be the language to use if you wanted to create a graphical interface (think about swing).

Disliking Java for being too verbose, I always use C or C++ for my programming needs, even when I needed a graphical interface.

I wrote a checker, a poker and a board game with no issues.

NB: the python curses is available for unix-based system (linux and mac) as a standard lib but not on win. It seems it could be downloaded but I have no experience with it.

Why I'm writing about it

Always looking to do something fun with gamebooks, I thought I could make a gamebook reader for the terminal. Therefore I needed a TUI, a Terminal User Interface. curses seemed the obvious choice for me but it is quite too basic to do what I wanted. I decided to create my wrapper around it, named cursed-adventure.

I have several objectives with it: In curses you get to play with mainly 4 types of object: windows, pads, panels and textpads.

Windows are the basic abstraction in curses. You can draw in it, write text but you can't never go outside the area you defined for that window. Also, it might be smaller than your terminal.

A pad is a window which can be extended further than what your terminal size allows and only the visible part will be displayed.

An object I particularly like. Panels are windows with an extra option: depth. This makes the creation of modals, dropdown menus, etc. so much easier to deal with.

I've not yet used them. They are windows specialized in text edition. 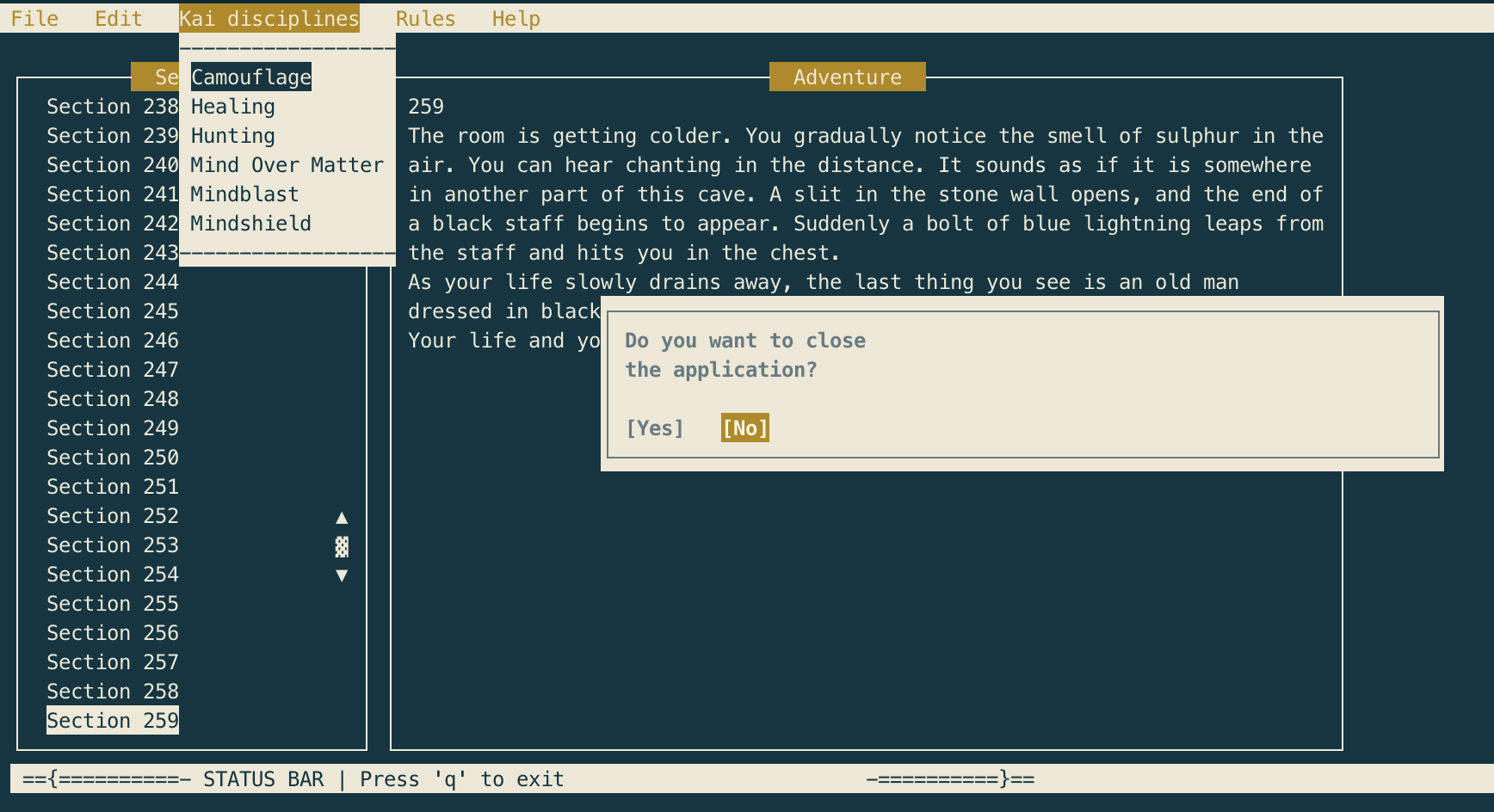 On top of what exist already for curses, I created or plan to create several widgets to use.

The names are temporary. I'm sure I will unify them.

The base widget is quite simple: one constructor method, one rendering method and an update method.

I talked about refreshing windows. If you do it too frequently, you might induce flickering. To reduce it, you can:

When you want to work on a specific window, you have to assign a key to that window and then whenever this key is pressed, consider any actions performed after applied to this window.

I had several issues when I made the wrapper and below are my solutions to them.

If the application / script crashes mid-way, curses options will be still impact the terminal setup. There are several solutions to prevent this:

If your terminal gets all scrambled, you can type stty sane to go back to a saner version. It might not reset all your preferences but it's good enough.

It uses __enter__ and __exit__ functions. The two keywords are with statement context managers. Basically when you use with, __enter__ is executed when you enter the context stated by with and __exit__ when you exit said context. It's useful when you want to do specific processing and if you write your own class and / or module around curses.

It uses a try statement with finally. It works well and it is useful when you want to write a quick and short script.

Whenever you write text in a window, you use addstr. Not an issue by itself but you need to remember the max length enabled by the window. If your text is longer than that, it won't be displayed. You will need to hyphenate your text if needed. Luckily Python does it by default via textwrap.

The menu might not be shown on the top of all the windows and this issue would show randomly. In order to avoid this, we need to render the dropdown menu last, after all other.